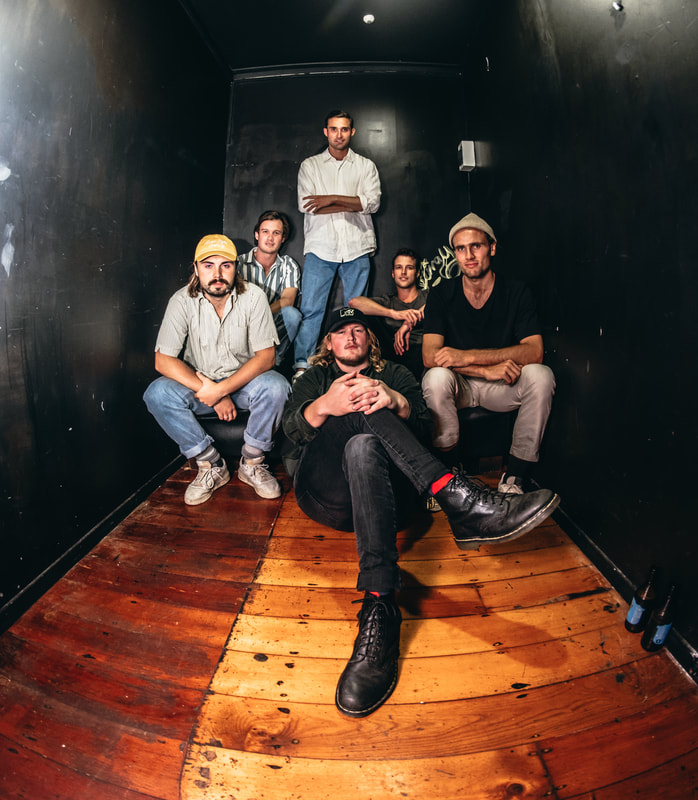 INSTAGRAM | YOUTUBE | SPOTIFY | FACEBOOK
What you get when a group of mates, with a shared love of song writing, religiously escape reality to create sounds together. Their music, which expresses a deep sense of storytelling draws from a vast array of influences.

Each performance is a journey guaranteed to envelop you in romanticism, to the ever-evolving backdrop of a thumping sonic experience. With elements of alternative, folk, and indie rock, they also utilise groove-based rhythms with some psychedelic undertones to keep your feet moving & your shoulders rolling.

Their listenership on Spotify has snowballed in a short period since their first release in Dec 2019, with over 30,000 monthly listeners. Their music has reached over 1 million streams on Spotify, with two singles making the Official NZ Hot Singles Charts. Their single “1999” has been played on rotation by Radio Hauraki throughout 2021, while two of their singles have also been selected by NZ on air for their New Tracks compilation.

Since the band’s inception in 2019, NO CIGAR has executed well received performances across the NZ music festival circuit including Rhythm and Vines, Outfield Festival, Longline Classic and That Weekend, to name a few.
​
So far, the band has sold out every headline gig they have hosted at venues including Galatos, Tuning Fork, Leigh Sawmill, Pointers and Whammy. The band has also secured support slots for other well- known NZ acts including Mako Road, Daily J, TOI and The Butlers. They have become known for their energy on stage and interaction with the crowd, introducing layers of exciting elements that really bring their live performances to another level.

The start of 2022 saw the band head back into the studio to record their new album, which is set to be released in late September.
Their first single from the album, 'Some Nights'  was released in May and has received radio support from Hauraki, ZM & The Edge along with charting in both NZ Top40 & Radioscope charts.