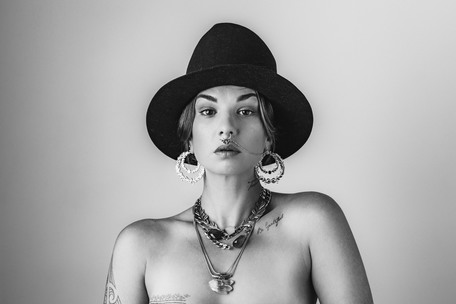 SOUNDCLOUD || INSTAGRAM
Hollie Smith is one of New Zealand's most predominant & iconic musicians. After working with numerous bands, Hollie Smith shot into the public eye in 2007 when she was approached by NZ songwriting royalty Don McGlashan to perform on the movie soundtrack ‘No.2’, recording the single ‘Bathe in The River’ that topped the New Zealand singles charts, peaking at number two and spending 37 weeks on the charts. ‘Bathe in the River’ has since become one of the biggest and most iconic singles in New Zealand history, showcasing her breathtaking and soulful talent to the world.

This initial success was just the beginning of her solo career, as ‘Bathe In The River’ set the stage for Hollie’s debut album ‘Long Player’ released in 2007 that went straight to number one on the NZ charts and won three New Zealand music awards that year. Since then, Smith has curated an impressive discography including 2010’s ‘Humour and The Misfortune of Others’ LP and 2016’s ‘Water Or Gold’ LP which both hit number one in the New Zealand music charts.

Hollie Smith’s extensive career has been a dynamic one, with a plethora of landmark achievements including both national and international tours that have taken her to Canada, the US, and the UK, performances at the prestigious Montreal Jazz Festival wowing 50,000 audience members, accumulating ten New Zealand Music Awards & Nominations, several number one albums, as well as collaborating with New Zealand icons like Boh Runga, Anika Moa, and Mara TK.

In 2019, Hollie started the year with a moving performance at Splore festival before releasing the single ‘Whakaaria Mai’ with Teeks in March, with all proceeds going towards the Salvation Army. In the latter half of the year, she embarked on her ‘Intimate Song Showcase Tour’, a fourteen date sold-out tour that took her all across the country.

Hollie Smith latest album "Coming in from the Dark" released in October 2021 landed at Number 1 on the NZ top 40 charts and features the New Zealand Symphony Orchestra, Sol3Mio, and other special guests. Between releasing her album and mentoring young music students, Hollie Smith has been busy performing sold out shows across the country as far South as Invercargill and as far North as Kerikeri.
​
Hollie Smith is a prolific hardworking singer, songwriter, and performer who has always maintained a highly respected reputation of creating music with the utmost integrity & passion. Her incredible live performances and powerhouse vocals have made her one of the most sought after acts in the New Zealand music industry.