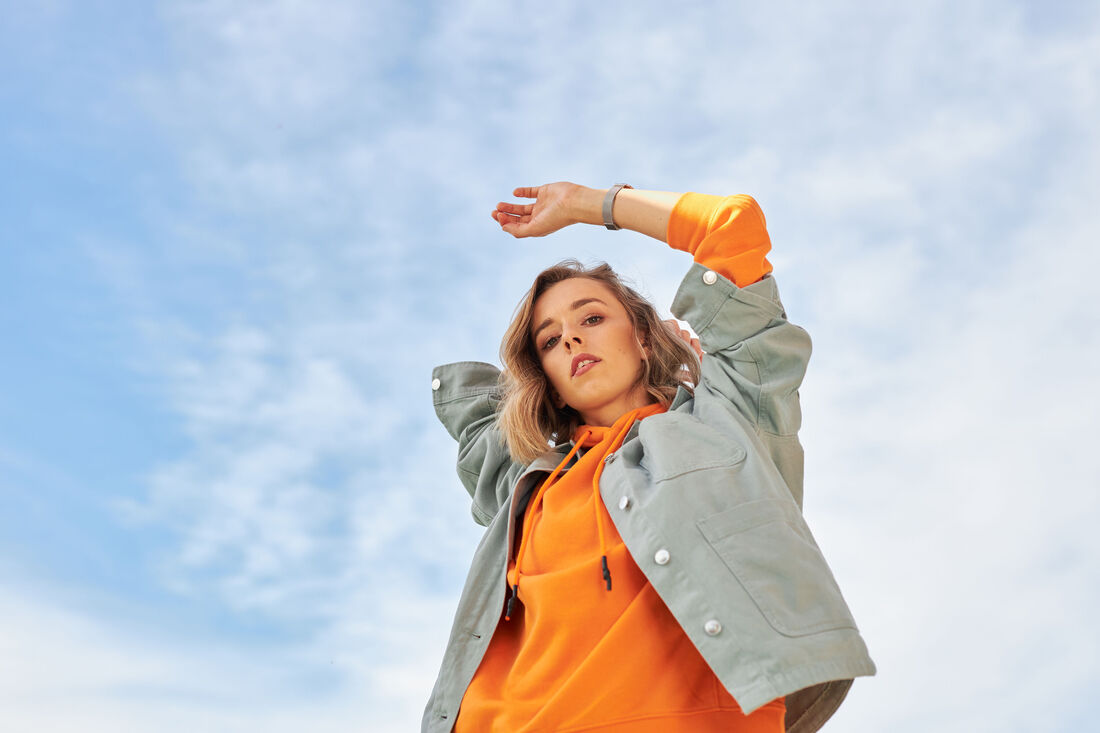 Jaz’s impressive vocals and songwriting prowess has been showcased on the track Horizon, a collaboration with SHLI and has recently caught the attention of MC Tali whom she has an upcoming collaboration soon to be released. Recent performances have seen Jaz perform an energy-driven set at the 2021 Christchurch City Council Edge New Year’s Show, which garnered a crowd of 20,000. Another recent performance highlight was performing to a sold-out crowd for her EP release at the Wunderbar, Christchurch. Originally from Geraldine, a small South Island town, Jaz picked up the guitar at the age of 11 after she was inspired watching Aldous Harding perform at a local folk festival. Homeschooled until the age of 15, she spent many hours practicing her guitar, writing songs and dreaming of a career in music. “I wanted to grow up to be a musician, so I could meet new people all the time, go to different countries and perform onstage,” she says. Driven by this passion, Jaz gained valuable performance experience by entering talent shows, busking and gigging whenever an opportunity was presented. In 2016, she was selected as a semi-finalist in the International Songwriting Competition (ISC) and was named a finalist in the Olympic Songwriting Competition.

​By the age of 17, she was able to release her debut EP with the money she had won from competitions and grants. In 2019, Jaz discovered SOLE Music Academy, a venture founded by Neo-Soul Artist Sacha Vee to help new artists bridge the gap into the music industry. Through singing and songwriting sessions, she began writing, recording and producing her own beats to form demos. After being selected for the Artist Development Program, SOLE teamed Jaz up with Will McGillivray (Nomad) to record and produce her second EP ACHE. “Working with Will was collaborative - we would bounce ideas back and forth and try things that worked + didn’t work. Will also makes terrible Dad jokes and the occasional subpar pun. Fortunately, he made up for it by making great chamomile and honey tea and being the most talented producer, I’ve ever worked with”, says Jaz. With Jaz’s music career starting to heat up, be sure to keep an eye out for an upcoming single’s Lonely, Ache& LA from her EP ACHE. Set to intricate melodies and harmonies, Jaz’s music will have you hooked from the very first beat as she recites stories about the up and downs of life in her early twenties.