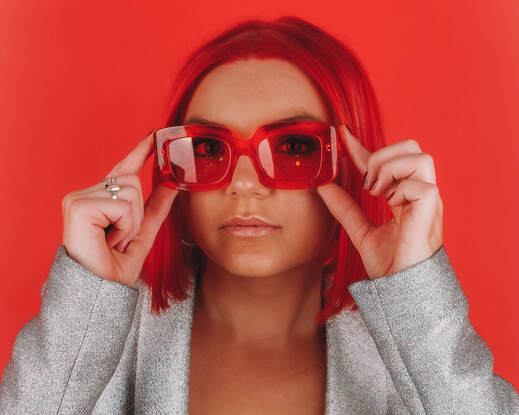 ​SOUNDCLOUD | INSTAGRAM | SPOTIFY
*Jodie is in Europe from April 2022*

Auckland based DJ & Singer/Songwriter Jodie Champion has been on a steady rise in the DJ scene over the 18 months, playing shows all over Aotearoa, notably Rhythm & Vines 20/21. Despite the pandemic holding back some of her 2020 gig plans, Jodie made the most of the time indoors and honed her focus in on recording her own music, releasing her debut single ‘Discotheque’ in March 2021.

'Discotheque' is a catchy house anthem filled with funky synths and a euphoric hook that is sung by Jodie herself. It spent 11 weeks on the NZ Dance charts, peaking at #13, and reached #14 on the Top 20 Singles Chart along with being playlisted on both George FM & Pulzar FM.

A talented musician in her own right - an accomplished guitarist with powerhouse vocals and songwriting abilities that she has smoothly translated into the field of producing & djing. Jodie was born into a musical household and has been grooving to house, funk and disco from day one. With a song writer/singer mother & bass playing father, it was Champion’s destiny that she would follow the family tradition of living and breathing music in all its forms.

House, Techo, Groove & Funk are her musical favourites & serve as a source of inspiration, as she plays sets that bring crowds together on the dance floor with her zealous sense of energy and fun. ​
​