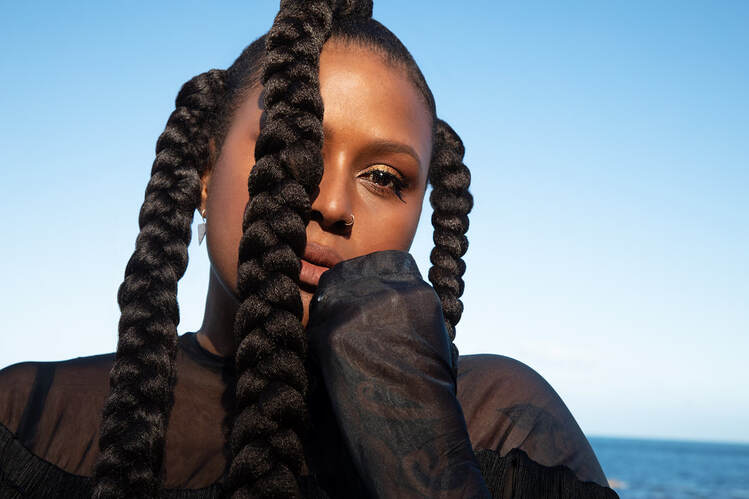 WEBSITE | SOUNDCLOUD | INSTAGRAM
Deva Mahal was born with blues in her blood. Beginning from her upbringing in Kaua’i, Hawaii to discovering her voice in Aotearoa, where she solidified her vision of becoming an artist performing alongside Fat Freddy’s Drop, Rhombus, Sola Rosa, The Little Bushman, Ladi6, Lisa Tomlins, Hollie Smith, Anika Moa and Olmecha Supreme.
​
After returning to the US, Deva’s star continued to rise and in 2018, she released her aptly named debut album, Run Deep, followed by a series of singles released in 2019 by Motéma Music.

During this time Deva toured the world, gracing the stages of the Hollywood Bowl, Carnegie Hall, Bonnaroo, SXSW, the Montreal Jazz Festival, Byron Bay Blues Festival, North Sea Jazz Festival, London Jazz Festival, and many other esteemed events and venues. She has had the pleasure of collaborating with Jaleel Bunton of TV on the Radio, Binky Griptite of Sharon Jones and the Dap Kings, Living Color, and the New York Pops Orchestra, and has performed on stage alongside such legends as Etta James, Dianne Reeves, Maceo Parker, Bettye Lavette, The Roots, and Cyndi Lauper.

At the start of 2020 she returned to NZ to commune with her whanau. She was struck with devastating medical news, then the pandemic hit which lead her rediscover her Aotearoa roots and to reimagine her future. Through this hugely confronting experience that challenged her identity as a woman and the pain that was hidden inside of her body, lyrics emerged and songs developed. These new songs transformed by her desire to holistically heal those influential traumas and wounds. It’s through this time that Deva has become renewed and inspired.

​Coming off the back of breathtaking performances at some of New Zealand's most iconic festivals last Summer (Nostalgia Festival, Splore), releasing her latest single 'Sister' with Zoe Moon, and now nominated for the prestigious Silver Scrolls 2021, Deva Mahal is quickly becoming New Zealand’s not-so-hidden gem.