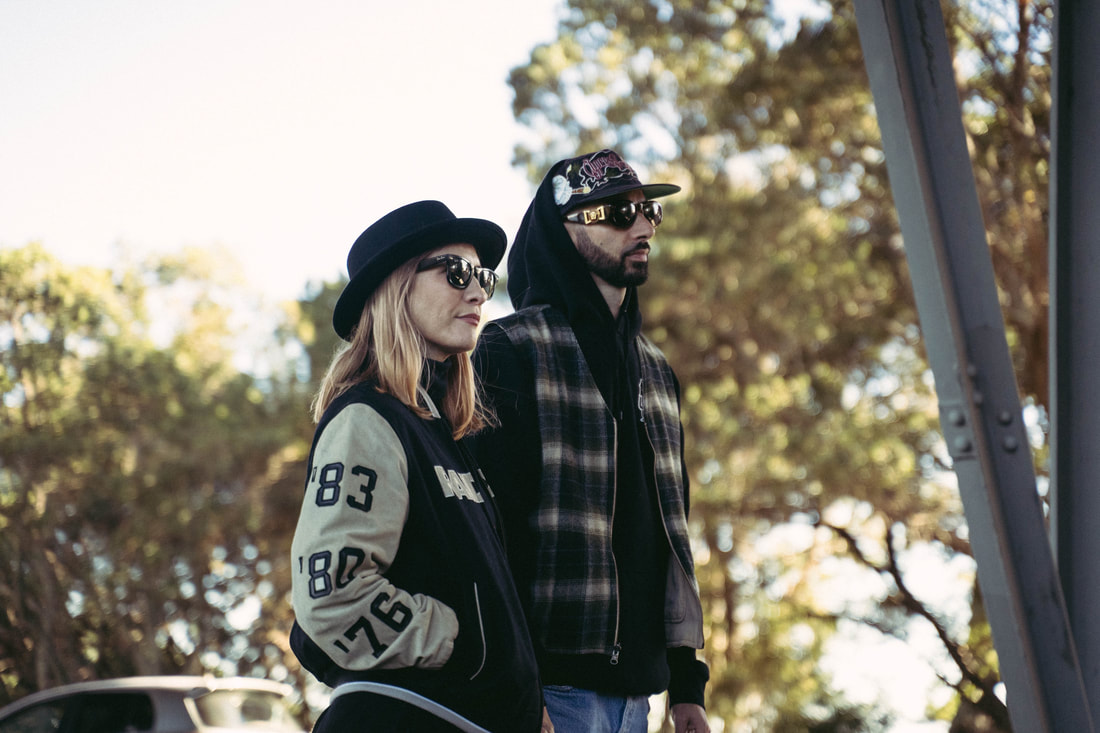 CHICCORELI: FACEBOOK | MIXCLOUD| INSTAGRAM
TALI: ​FACEBOOK | SOUNDCLOUD | INSTAGRAM | SPOTIFY
DJ Chiccoreli & MC Tali are a musical match in heaven, two undeniable talents that create synergy like no other when they are performing on stage together.
With Tali’s phenomenal talent as an MC, her energetic flows & soaring vocals in combination with Chiccoreli’s smooth mixing of his signature liquid DnB sound, the couple are a force to be reckoned with.
Since moving back from London to Auckland ten years ago, the couple have respectively become some of the biggest names in the Drum & Bass scene.

Chiccoreli originally hailing from London but now calling New Zealand his home, Chiccoreli is a Drum & Bass DJ who concentrates on the Liquid side of the genre or what he likes to call “Drum & Bass of a Soulful nature & a Deeper Flavour”

Over the last 9 years Chiccoreli has had the opportunity to play alongside some of the biggest international names in the scene including DJ/producers such as Roni Size, Goldie, Andy C, Spectrasoul, Lenzman, Marcus Intalex, LTJ Bukem and also played at label night’s such as Metalheadz and Hospital records just to name a few.

Chiccoreli’s Liquid Lowdown radio show has been running on the New Zealand Airwaves for the last 9 years, starting off his radio career with Base FM and more recently being snapped up by George FM for a weekly show on George Sunday’s. The show has had critical acclaim and has become the worlds No1 Liquid Drum & Bass Show via Mixcloud.
He’s also taken the Liquid Lowdown brand across the country with the Liquid Lowdown tours playing in Queenstown, Wanaka & Ohakune and played headlined shows throughout New Zealand and the rest of the world.

Tali is internationally renowned as one of the most prolific Female MC/Vocalists to emerge from the Electronic Dance music scene - particularly for her work and groundbreaking achievements within Drum n Bass.
Tali has worked with some of the biggest names in DnB, with seven studio albums and toured the world several times over as both an MC and with a live band.
She is a regular on the NZ festival circuit, having played Northern Bass, R&V, R&A, Splore, Womad, Shipwrecked and Bay Dreams.

Her latest release "Love & Migration" was her first strictly Drum and Bass album in seven years, with contribution from the likes of Melinki, Malaky, DRS, Degs, Roygreen and Protone, and SATL amongst others.
This album saw Tali take out the Vodafone New Zealand Music Award for "Best Electronic Artist" 2019 - the first solo Woman to do so in 10 years.

Partners in life and music, Chiccoreli & Tali are a dynamic due not to be missed.
​