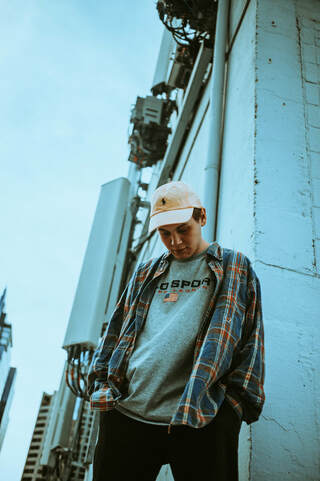 SOUNDCLOUD | INSTAGRAM
Yancey is a 24-year-old producer from Auckland, New Zealand; A multi-instrumentalist with an eclectic sound influenced by an abundance of genres, Yancey's music is a mixture of constantly evolving rhythms & grooves with a unique style stemming from a love for pop culture, synthesizers, and deep roots in hip hop, jungle/drum & bass and the contemporary sub genres that stem from each.

Since beginning his project in 2016, Yancey has made a name for himself & amassed a following in both his home country and abroad, playing to sold out crowds at notable New Zealand festivals such as Rhythm & Vines, Bay Dreams & Mardi Gras, and multiple headline shows nationwide. 2018 saw him handpicked to open for Medasin at the Hifi Club in Calgary, and a subsequent show in 2019 for the New Wave club series curated by Oakk. 2020 saw his debut single release  ‘Brockley Greens’ featuring NZ artists Name UL and Nauti feature in the Top 20 on the NZ Singles Charts & on multiple notable Spotify playlists. Yancey's live sets are well known for cross genre mixing & the infusion of his own material and custom edits. He has performed with & supported the likes of Mr. Carmack, Ekali, Dimension & Sumthin Sumthin, and has collaborated on projects with the likes of Eno x Dirty, Nauti, Name UL, Yojas, Golden Child & Loud. His music has collectively amassed over 100,000 views and has been released and featured by the likes of Noisia Radio, Quality Goods Records, Future Knock, Slo:Wave, Bassment, & Sony Music NZ.