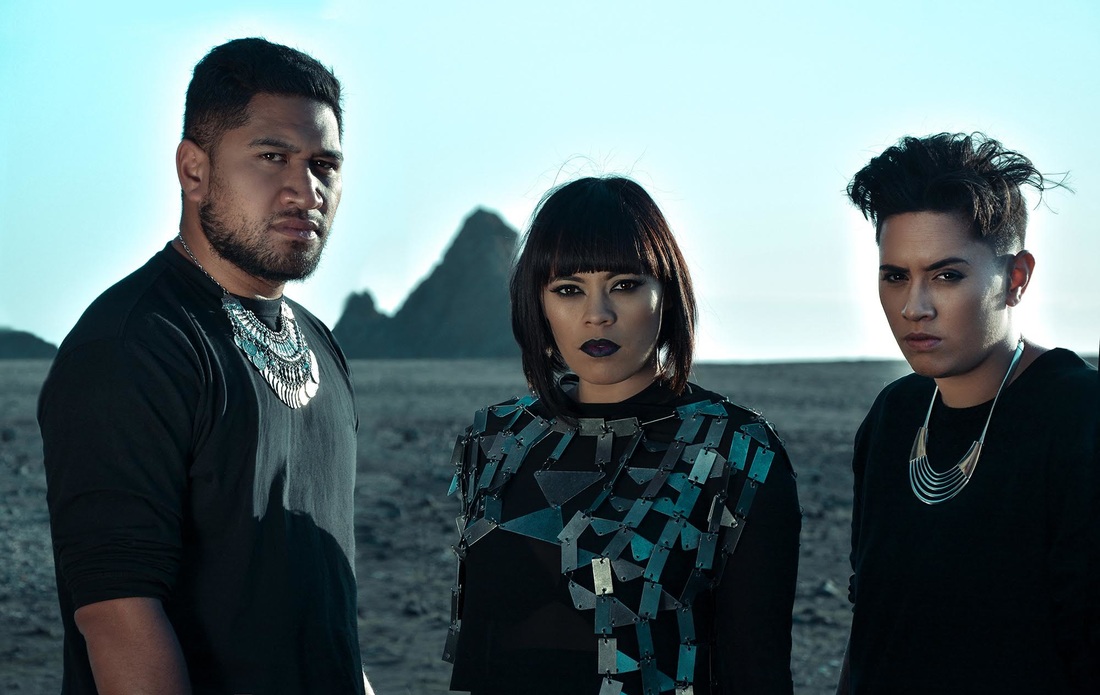 SOUNDCLOUD
Vallkyrie fuse together sounds that influence Rock, RnB and Hip Hop to create something bold and exciting to say the least. If Imagine Dragons, Rihanna and Enigma had a soul child, it would be Vallkyrie.

Vallkyrie  consists  of Omer Gilroy (vocals), Rebel Reid (guitar, keys) and Brandon Haru (Percussion, Keys). Together they hit the stage with a theatrical and explosive live set, which has already won them 3rd place (amongst 149 entries) for “Battle of the Bands”.

Norse mythology and gothic rock inspire their visual design and ideology. They often refer to this as “New Age Goth”. Anthemic and powerful, Vallkyrie have embodied their inspiration, to create an immersive world. They are also proud Maori Artists, who draw strength from their cultural heritage.
Rebel and Omer formed Vallkyrie in their early years, jamming in bus stops, they have successfully written over 50 original songs. Now in 2017 and with the addition of Brandon Haru, they are putting together a killer debut album, due out in late 2017, from many years of songwriting.
​
PREVIOUS EVENTS/GIGS - Support for Safia, Battle of the Bands 2015 (Best Vocalist and the Demon Energy Award). George in the Park, Cassette Nine, Portland Public House and The Kings Arms.