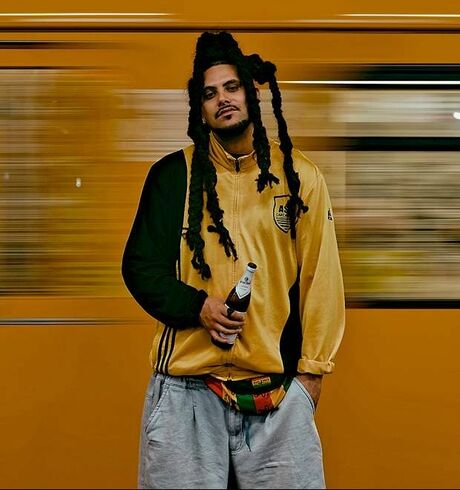 SOUNDCLOUD | INSTAGRAM
OddiMelodownz’ hip-hop lyricist, Bronson Price, is an urban poet and artist raised in the phone line tangled village of Avondale, Auckland. On his 2017 EP Avontales, the suburb of Avondale is positioned front and centre, supplying the characters that inhabit the EP's eight tracks as well as the setting that frames their stories. It delights us with detailed storytelling complimented by guest vocals from Bailey Wiley, Yaynè and Israel Starr, plus production assists courtesy of YGB's Ben Jamin, the Grow Room's Lightskinjohn, and Wellington beatmaker baccyard.

Melodownz’ sound is shaped by a variety of local producers who honour his smooth melodies. His diverse style travels from hip-hop, reggae, G-funk and soul all accompanied by his punchy lyrics.

Few artists have the ability to read the audience and keep them as engaged as Melodownz’ live set.  2018 sees his latest collaboration-Highbeams, alongside rapper Raiza Biza and producer ILLBaz as an eclectic mix of smooth, chilled out beats, jazz samples and solid rapping on superb tracks such as Major, Outchea and Run Away.