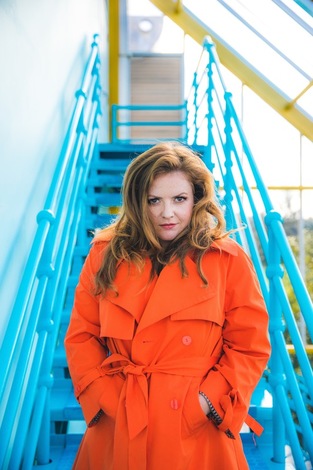 SOUNDCLOUD | INSTAGRAM
Helen Corry has been a constant presence in the New Zealand music scene over the last seven years. As she continues to evolve and grow as an artist, Helen Corry has made her mark on the music scene with her original tracks and powerhouse vocals.

In October 2017 Helen released the first single, 'Strike', from her upcoming EP which featured on Spotify's New Music Friday and spent a number of weeks in George FM's Top 5. 'Strike' combines a killer beat and an infectious hook with Corry's flawless vocals. Following that, her single 'La Femme' was released in February 2018 and also starred on Spotify's prestigious New Music Friday playlist.

Helen has secured herself as a New Zealand festival favourite, showcasing her dynamic live presence at Rhythm and Vines, New Zealand Beer Fest, Our House, Deep Hard ‘N’ Funky, SpringBreak Fiji and Homegrown among others.

October 5th 2018 marked a huge personal milestone in Helen’s career, as she released her debut EP ‘Later For the Real Show’ featuring the hit singles ‘Strike’ and ‘La femme’ that both made waves and garnered radio play on New Zealand’s leading dance station, George FM. Speaking on the EP, she shared, “I'm so excited to release a body of work that reflects me in this moment… These are songs that I love to perform. They capture a snapshot of my curiosities, what I’m passionate about and what challenges me.”

In 2019, Helen Corry dropped a new single ‘Hardly Breathe’, which was written exclusively for the movie Same But Different: A True New Zealand Love Story and performed the song at the film premiere.  ‘Hardly Breathe’ is a beautiful, heart-wrenching song that showcases not only Corry’s exquisite voice, but the depths of her songwriting talents, alongside co-writer and producer, Rory Noble (DJ Mustard, Tinashe, Parris Goebel, Stan Walker, Watson). The movie soundtrack also featured some of Helen's other original tracks.

Helen Corry then starred on the Synthony line up for the third year in a row and embarked on a nationwide tour, performing at sold out shows across the country alongside a star studded line up. Synthony is a unique collaboration between DJs, orchestras, feature vocalists and musicians performing the biggest dance tracks of the last 30 years, complete with an immersive light, laser and visual spectacle.

Helen Corry owns her space in the music industry and with her effervescent vocals and high energy production, there is no stopping her on whatever project she takes on in 2021.