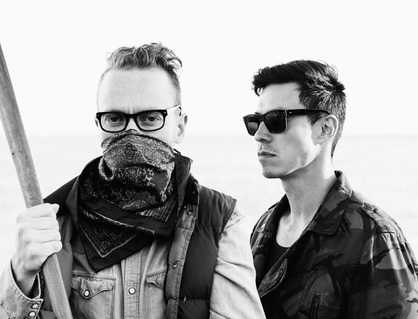 A number one song on Hype Machine, five-star reviews from the likes of Okayplayer, and BBC Radio support from Gilles Peterson and Benji B secured them unwavering support internationally with a flood of production requests following.

Their sophomore album ‘Love Can Prevail’ has continued the trend, winning support from The New York Times and Wax Poetics, making The Listeners Top 10 albums of 2014 and winning the official stamp of approval of Questlove, The Roots and their imprint Okayplayer Records who alongside Somethink Sounds released the album in September 2014. EWH then released an EP of remixes from ‘Love Can Prevail’ in May 2015.

Following on from the award winning 'Love Can Prevail', Electric Wire Hustle released their third album, 'The 11th Sky', an album reaching for that higher state of being. Continuing on with the surreal storytelling first seen on the Aeons EP, The 11th Sky shows an act further pushing the boundaries of conventional genres, and their own sound.
​
Electronic beats, smooth vocals, and driving synths are punctuated throughout a release which features Mara TK at his strongest as a songwriter.
Expanding on their psychedelic/soul-sound, the album is best described as “David Lynch meets Motown”. Across nine tracks, the album shows a new evolution to Electric Wire Hustle’s sound, while maintaining the hallmarks which have garnered them critical acclaim and fans across the globe – unique production, and the inimitable voice of Mara TK.