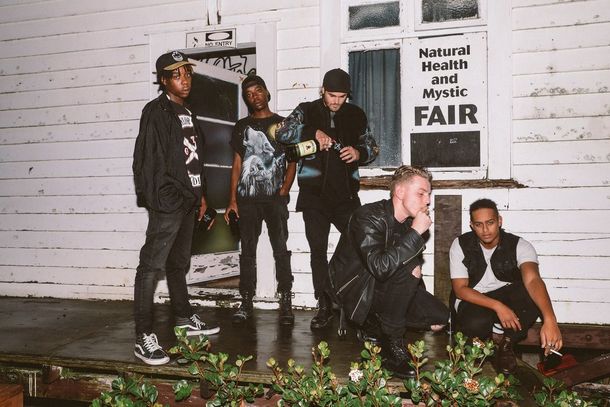 DIED in '69 is an Auckland, New Zealand based artist collective made up of member's Mac Mylo, Too'OnPoint & EmEeZee.

Resulting from the extended hangover of too many Black Club parties; this bunch of friends share a love for hip hop, free spirited adventure and a reckless rock-n-roll ethos; seemingly lost since the days of Jimi Hendrix and the forever-loved Woodstock festival their group is named after.

Mac Mylo had already made a name for himself as a DJ, with a weekly show on George FM, and as the resident DJ of The Black Club. The addition of identical twin rappers from Zimbabwe; Too'OnPoint, and up-coming rapper, EmEeZee, has created a supercharged monster of a live show and some crazy synergy in the production studio.

This random collection of people with very different backgrounds and the same passion for music, is what has created their unique sound and notoriously high-energy live performances. DIED in ‘69 now has their own George FM radio show for pitching the latest local hip hop.