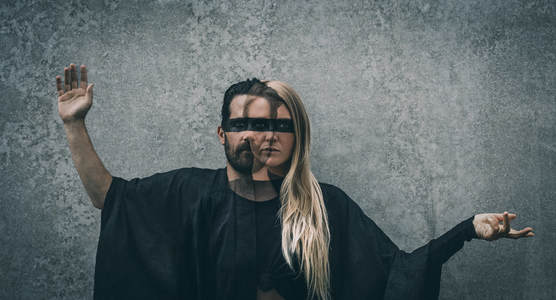 SOUNDCLOUD | INSTAGRAM
Arma Del Amor are a band whose sound resides on the ambient soul side of electronica. Martine Harding and Danny Fairley, connected over their love of electronic music, and collaborated their talents to create a sound that resonates from within. The band began in 2013 and has released a number of singles and EPs.  Arma Del Amor perform as an impressive three piece band with their drummer, Ricky Simmonds. Since their first live performance in 2014 at Rippon Festival, the band have played multiple New Years shows at Rhythm & Alps, opened a stage at Electric Avenue Festival, played alongside NZ music heavyweights Shapeshifter, Ladi6, Kora and Six60 and opened for Internationals RUFUS and MO.

The band take inspiration from a broad range of artists, such as fellow soulful Kiwis ‘Shapeshifter’, electronic beat smith ‘Bonobo’, the ambience of ‘Little Dragon’, and a splash of ‘The XX’. Their sound is a blend of soulful hypnotic vocals over dreamy pads, chest swelling bass, and an uncompromising rhythm that takes you through the ridges and valleys of a sonic landscape, unveiling and reconnecting with familiar, yet faded emotions.

Arma Del Amor bring a powerfully energetic live show, traversing through the undulating terrain of the audible spectrum, connecting with their audience on a personal intimate level. The live band consists of Martine on vocals and guitars, Danny on an impressive collection of synths and keyboards, and Ricky Simmonds on the kit. Their third EP, with the single 'Taking Back The Sea' was released in 2017 alongside a NZ On Air funded music video.

The pair have released their Debut LP Onna Bugeisha featuring ten tracks of polished electronica, mixed and mastered by Benny Tones at Organik Muzik Workz. From ambient opener ‘Seppuku’ to the raspy vocal tones of ‘You Are Nothing Now’, Onna Bugeisha is a journey from beginning to end, sensitively fierce and beautifully dark. Recently nominated for Best Electronic Artist at the VNZMA's,  Arma Del Amor's soundscape is on everyone's radar this year.
​
'Onna Bugeisha is a quite simply a modern masterpiece; it is not only one of the most exciting debut albums from a New Zealand band this year, but it will also undoubtedly remain one of the most exciting albums of 2018. Play loud, play often, and for a truly immersive experience listen through a pair of good quality headphones and let yourself get lost in Arma Del Amour’s divine soundscape.' Bridget Herlihy - Ambient Light